“Total loans and deposits continued to grow through the first half of 2020, at 37% and 28% respectively, significantly aided by the Paycheck Protection Program (PPP),” stated Ken Trautman, bank CEO.  “The Net Interest Margin experienced compression in second quarter, resulting from the bank’s portfolio of PPP loans originated during the quarter with a 1% fixed interest rate,” explained Trautman.  “The bank is also receiving strong income from our residential mortgage lending division.  Residential mortgage opportunities are expected to continue throughout the balance of this year based on the continued low home loan rates.”

Mr. Trautman continued, “Credit quality remains strong with no loans past due over 90 days or on non-accrual at the end of June 2020.  Although problem assets have not materialized as a result of the COVID-19 pandemic, the bank has used its strong earnings to build its loan loss reserve for portfolio loans (excluding PPP loans) to 1.46% at the end of the second quarter 2020, compared to 1.12% for the same period in 2019.” 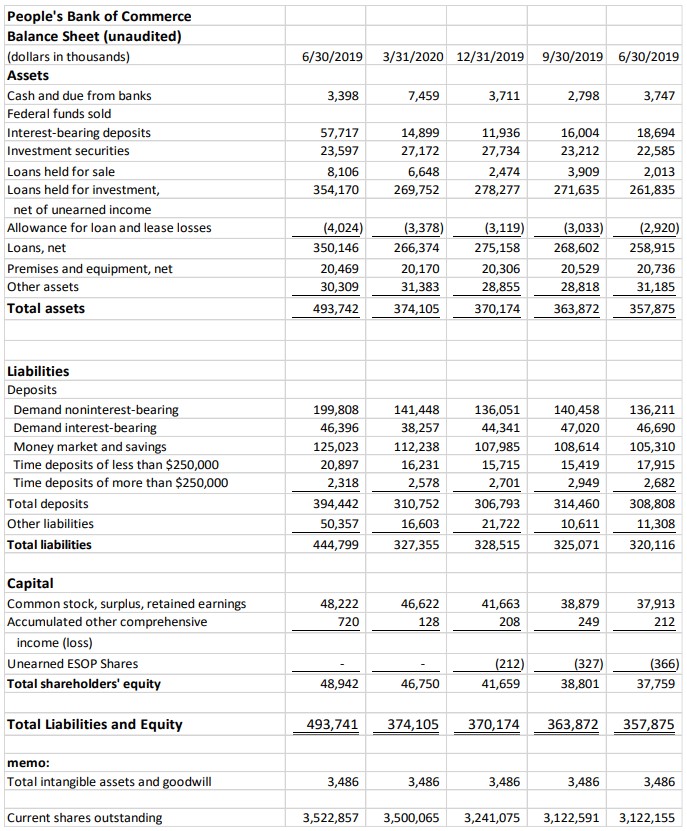 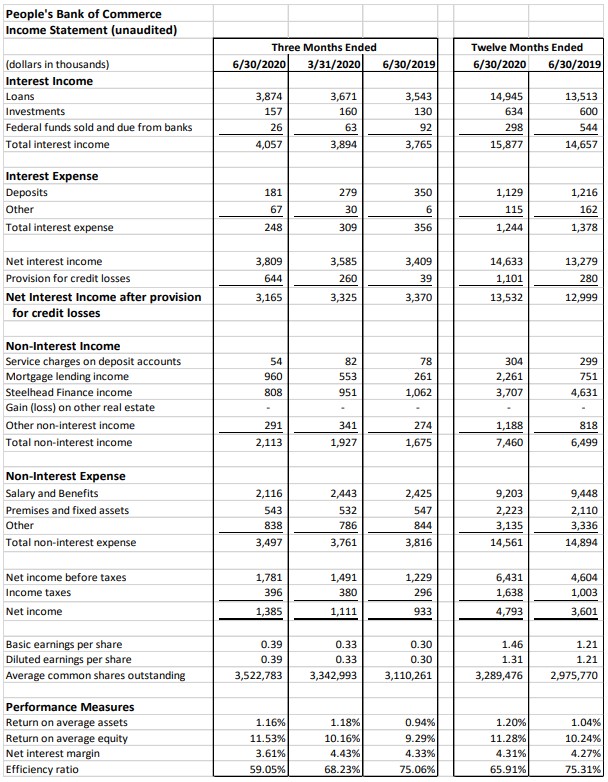