When comparing the full year 2019 net income to 2018, several significant items impact the comparison.  The bank’s mortgage division increased its gross revenue to $1,219,000 in 2019 from $615,000 in 2018, a 98% increase.  Steelhead Finance, the bank’s factoring division, which focuses on the trucking industry, had reduced income in 2019 when compared to 2018.  The results for 2018 were a company record and reflected the extremely strong economy, while 2019 results show the slowdown in trucking activity mirroring the slowing national economy.  In addition, the bank completed a core conversion in the first quarter of 2019 that resulted in increased data processing expenses, including one time conversion expenses, which totaled $739,000 in 2019 versus $579,000 in 2018.

Highlights for the quarter and year included:

“2019 was a year of modest growth, with assets increasing 5.9%, but with a larger improvement in profitability which increased 20%,” noted Ken Trautman, bank President and CEO.  “The bank still enjoys a low cost of funds and good return on assets compared to our peer group, resulting in a net interest margin of 4.55% in 2019, compared to 4.18% in 2018. Non-interest bearing DDA comprises 44% of our total deposits. Attracting low cost deposits became increasingly more difficult in 2019 and if this continues into 2020 there could be a small net interest margin compression.  Loan quality and loan demand both continue to be strong, reflective of the local markets that the bank serves,” commented Trautman.

People’s Bank of Commerce’s stock trades on the over-the-counter market under the symbol PBCO. Additional information about the Bank is available in the investor section of the bank’s website at: www.peoplesbank.bank. 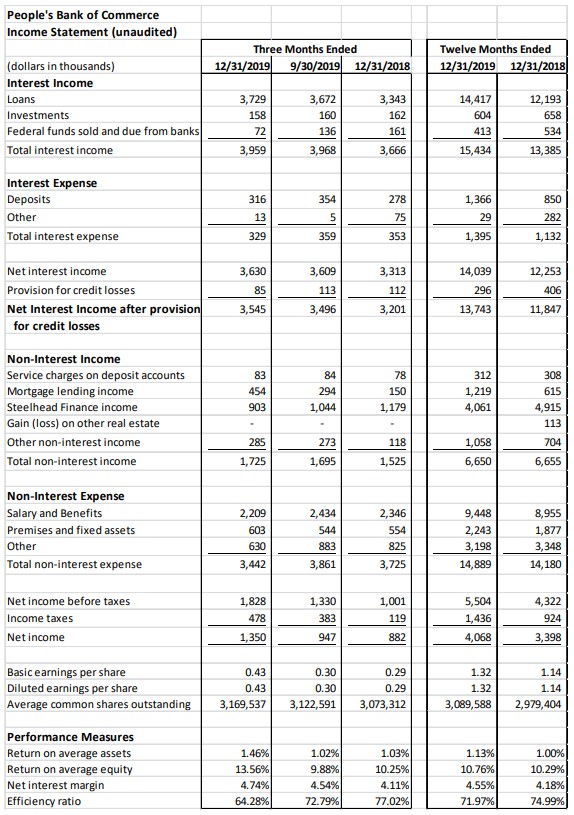 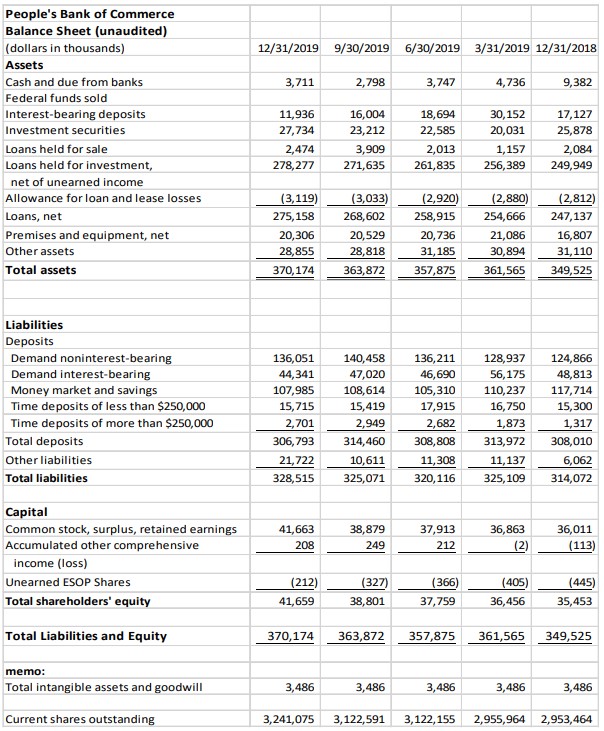